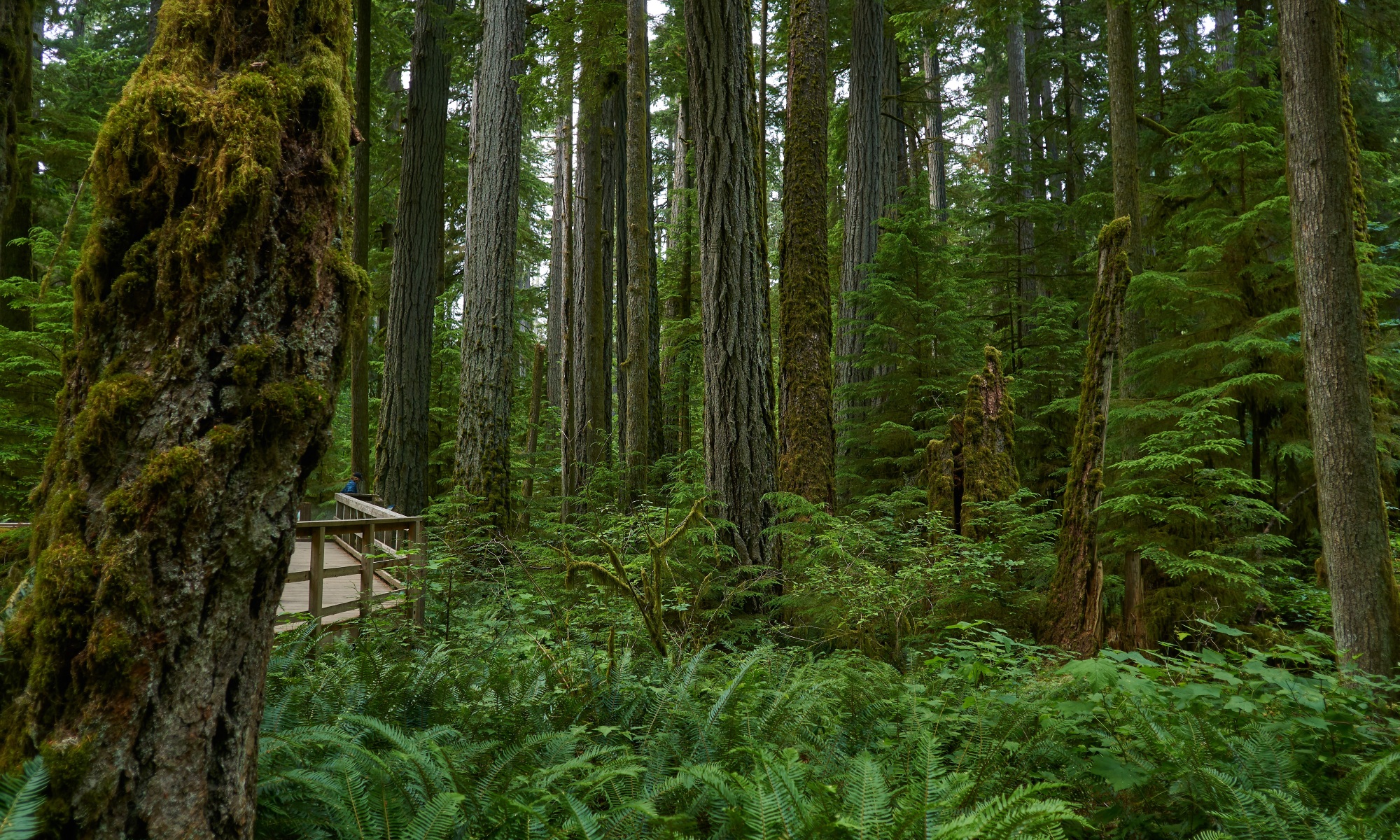 A new report published by the Atlantic Woodland Alliance lays out the dangers facing Scotland’s delicate rainforest habitat. Also known as Atlantic Woodland or Celtic Rainforest, the unique habitat is home to rare lichens, mosses and fungi of which some cannot be found anywhere else in the world.

In Scotland, only 30,325 hectares of the rainforest (which once covered the coastline of Europe) survives. The Atlantic Woodland Alliance’s report suggests that with current efforts the forests are showing no signs of regeneration.

Overgrazing from wild game and livestock in the forests is such that re-growth is not currently possible. Additionally, the invasive species of plant (Rhododendron), which is found in 40% of rainforest sites, “threatens to choke the woodlands and prevent the distinctive rainforest flora from surviving.”

The Alliance also suggests that mismanagement of tree felling, dead wood removal and the coppicing (cutting back to ground level) of hazel woods has further contributed to the delicate state of Atlantic Woodland in Scotland.

Failure to “improve the protection of rainforest from grazing and invasives” is also highlighted in the report as an area in which stewardship of the forest could be better managed.

But the report emphasises that the forest can still be saved. Planting “a strip of only 50 metres of new woods around existing woodland, through a judicious mix of natural regeneration and planting, would create another 21,000 hectares [and] A 100-metre strip would almost double the area of rainforest we have.”

The Atlantic Woodland Alliance’s report notes that its ambitious project to revitalise and grow Scotland’s rainforest will be dependent upon continuing to demonstrate how “our rainforests can be better managed” and to work with others to raise awareness and change attitudes to one of Scotland’s most rare habitats.

Sunrise in the Lake District. Hiking up a fell before the crack of dawn is a dawn-ting prospect (excuse the awful pun). We thought we’d make it easier by producing a short guide on how best to catch the sunrise from atop a fell. Keep an eye out this weekend for its release!
We just uploaded our first edition of Earthly.pdf, our new online magazine. Earthly.pdf goes beyond a reading experience and offers a carefully designed sampling of our best pieces every month. If you like striking page layouts, great imagery and original trail running and hiking stories, Earthly.pdf is the perfect way for you to read our content. New editions of the online magazine will be posted on the first Sunday of the month. Follow the link in the description to download our first instalment!
Winter scenes from the peak of Scafell Pike, The Lakes. We’re looking forward to snow capped fells this winter. We’re also looking forward to this Friday, when we will be releasing a new (and exciting) branch of Earthly. Look out for our update!
Looking up at Pen Y Fan, the tallest mountain in the Brecon Becons. South Wales’ most prominent mountain range arguably offers more striking views than its northern counterpart in Snowdonia. The region’s sharp ridges and unique mountain silhouettes are home to great hiking, mountaineering and wild camping. Pen Y Fan’s 2900ft/885m height offers great elevation gain for your Sunday trail run too.
The Shropshire Hills, England. Covering 310 sq miles, the hills are home to Shropshire’s tallest point (Brown Clee Hill, 533m/1773ft). Rising to quite considerable heights (for England), the hills offer some great trails for fell running and hiking.
Looking for trails to run in London? The London Loop might be your best bet. The 150 mile loop encircles the city snaking along the grand canal, across farmland and through the capitals green belt. It might be the quietest, most “remote” trail available to London runners who are looking to scratch their trail running itch. Check out our article on Earthly covering urban trail running and the London Loop. Link in description!